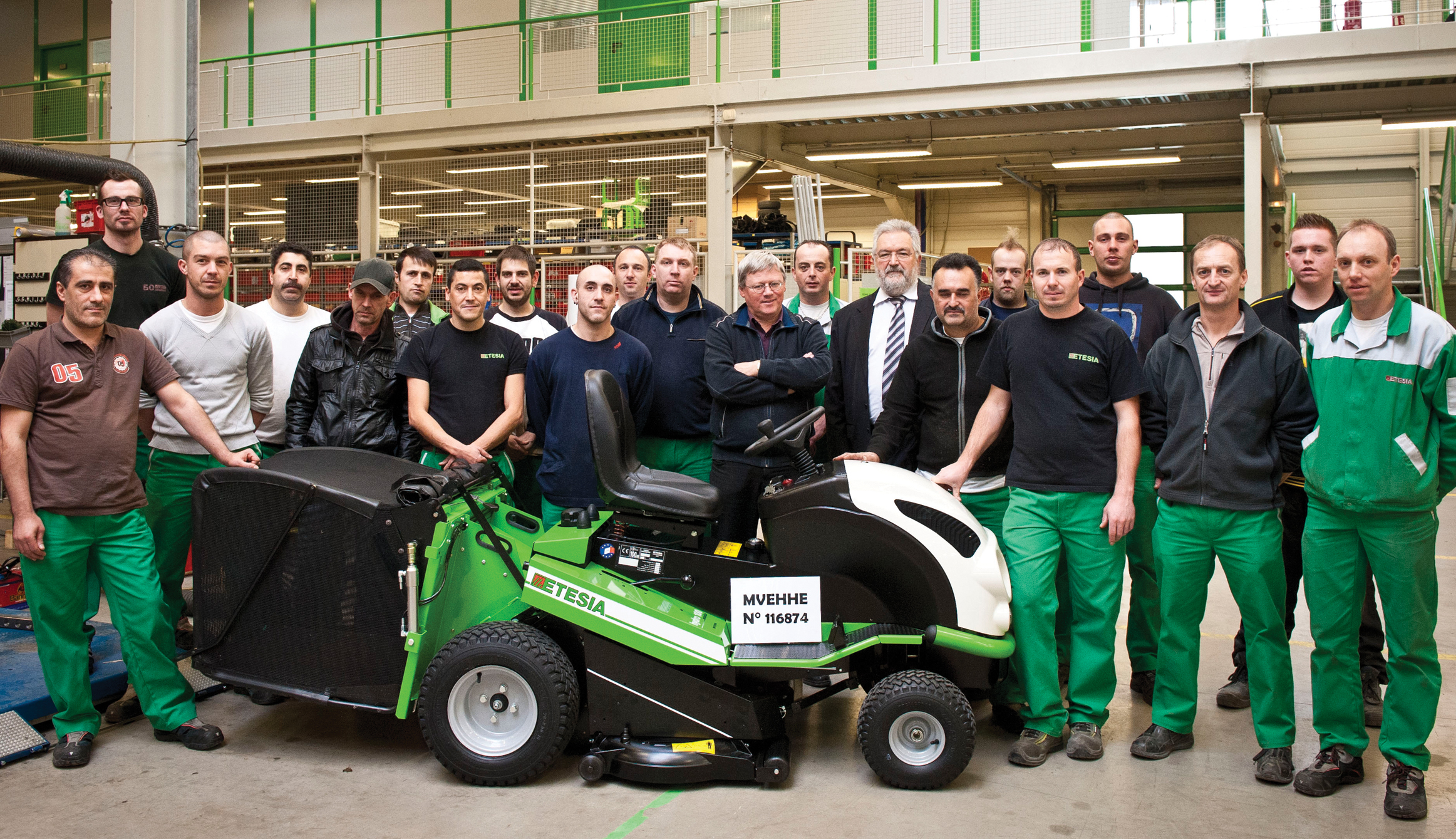 An Etesia ride-on mower recently marked a significant milestone in the company’s history as the last ever Hydro 100 MVEHH rolled off the production line in France.

The Hydro 100 made its revolutionary appearance back in 1989 as the first ride-on mower with direct ejection and integrated collection. This new concept took the market by storm and was emulated by many competitors’ years later. After more than twenty years and several facelifts, Etesia has now produced the last ever Hydro 100 MVEHH machine in this range; with a brand new model being launched in April 2015.

With a more powerful Kawasaki engine, a new transmission with a differential locking system and a unique new design, the company are promising that the new model will be another industry favourite for years to come.

Other features will include a lighter steering system and larger petrol tank – combined with the improved higher speed will mean that the new model will be able to go faster for longer.

Available at the same price as the previous Hydro 100 MVEHH, the new ride-on mower model is expected to be in high demand when it reaches the UK market later this year.