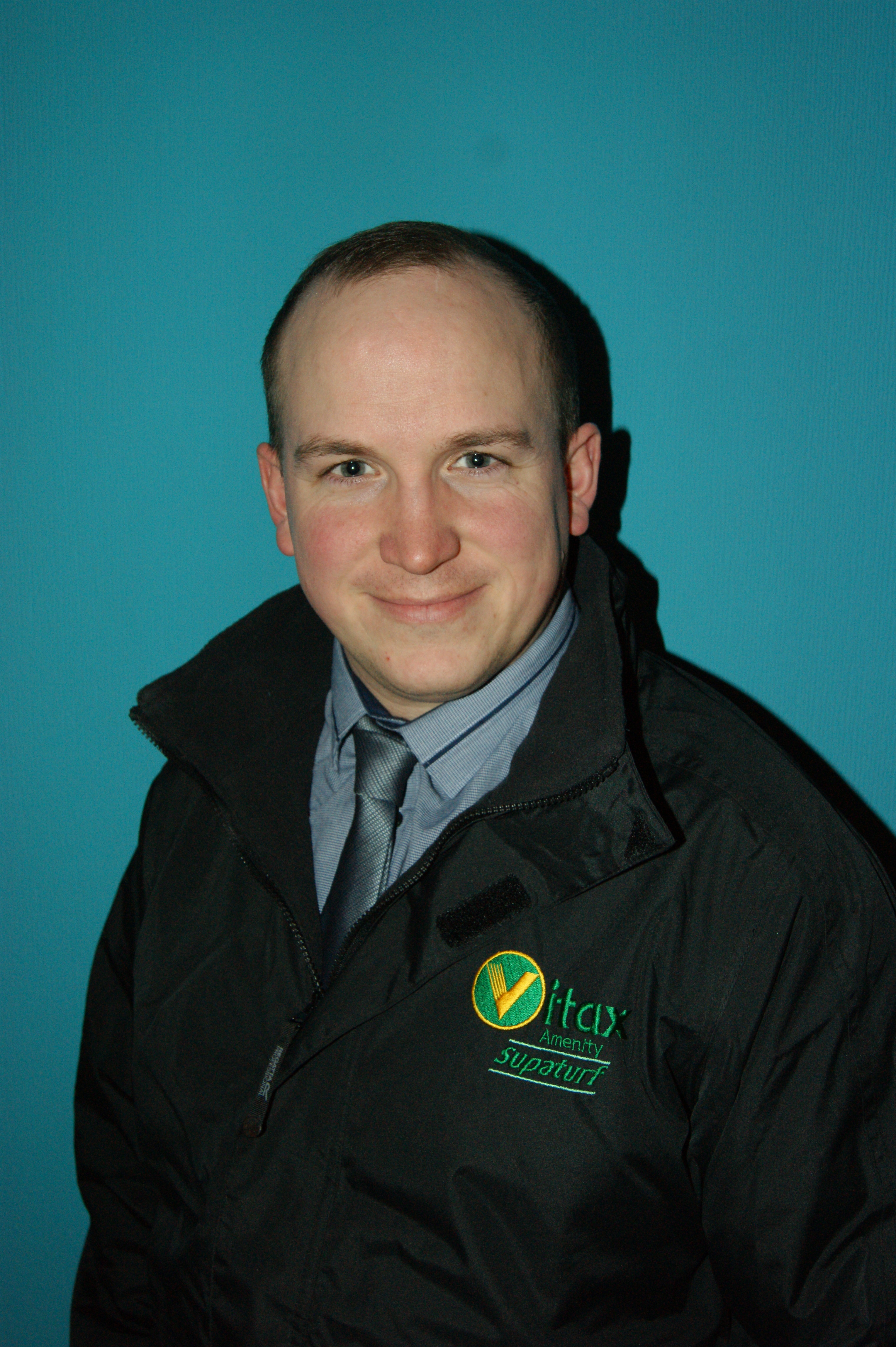 Alex McDermott is the new Technical Sales Representative for Vitax Amenity’s Midlands, Wales and South-west region, handling the full range of products for the leading line markers-to-fertilisers group. Pitching into the turf sector straight from school at 16, Alex, 30, had always hankered after a post in technical sales, despite quickly climbing the career ladder.“I love networking and meeting people in different circumstances,” said Alex. “My new role allows me to work in an advisory as well as a sales capacity for new and existing customers and that’ll be a most rewarding aspect of the job.”

Responsible for products that include the Briteliner Arrow and TXE 606 and 353 next generation line markers, as well as the Enhance and 50/50 fertiliser brands, Alex worked at The Belfry as a greenkeeper for five years, taking in work experience at Wolverhampton Wanderers’ Molineux stadium and training ground on his way to gaining NVQ qualifications.

He then moved to Rugby Golf Club, rising to Deputy Course Manager, developing his technical knowledge to position himself for a move to “the other side of the fence”.

“I’m handling an area that runs from the Wirral, Wales and Newcastle-under-Lyme, through the Midlands as far South-west as Land’s End,” explained Alex. “It’s a fair-sized territory but I’m relishing the challenge of further strengthening the Vitax customer base.

“I feel proud and privileged to be working for a leading UK manufacturer like Vitax. The Supaturf line markers and paints are all fabricated at the Coalville factory – and I’m looking forward to introducing the ranges in my area. I’m one of those people who eats and sleeps turf.”

Starting in January, Alex has hit the ground running, already securing his first order from a Vitax new customer – Royal Worcester Grammar School: “One of many more sales to come I hope,” he added.