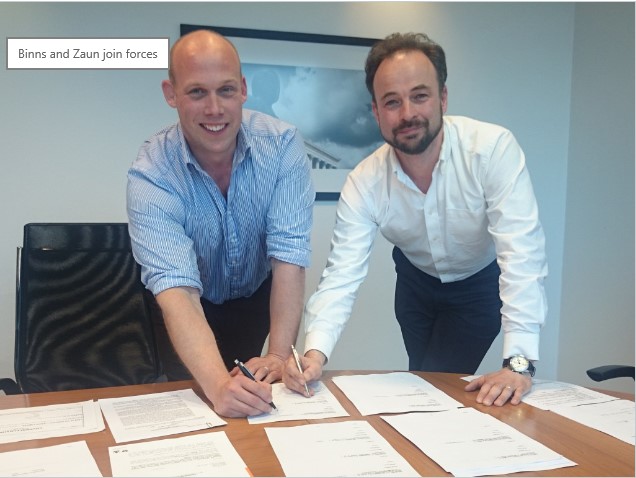 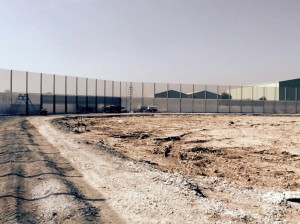 Two of the biggest names in counter terror, prison and high security fencing have announced they are joining forces today at Counter Terror Expo (CTX) 2015. High security perimeter     systems expert Binns Fencing has sold a majority stake to Zaun Limited, which has supplied it the fencing for the new £250m super prison currently being built at Wrexham and due to open in 2017…

Adam Binns, grandson of founder John Binns, remains as MD and retains his 27% shareholding in Binns Fencing, while Zaun has bought the remaining 73% from Adam’s brother, aunt and father Julian.  Adam said at the show today: ‘I have been looking for a new partner for a few years and had talks with other fencing manufacturers. But Zaun was the best match. ‘We have worked alongside each other on a number of prison and other high security jobs over the years and this coming together was the natural next step.

‘Our clients want us to take full responsibility for fencing, from the design stage, through manufacture and on to installation. Binns being part of the Zaun group will allow us to have that control right through the project.’ Zaun co-founder and director Alastair Henman added: ‘With more and more clients asking for integration of both physical and electronic security solutions as well, this acquisition alongside our purchase last year of EyeLynx massively enhances the range of systems we as a group can integrate.’ Binns and Zaun announced the deal today on a shared stand (stand M50) at CTX at London’s Olympia, the leading annual international event for combatting terrorism. Together they offer both Perimeter Security Suppliers Association (PSSA) verified product and installation, a unique proposition, with Binns being an approved PSSA installer and Zaun boasting ArmaWeave and other PSSA approved products.

Beyond this, Binns and Zaun are looking to work together on high security applications to offer clients a joined-up manufacturing and installation service of the highest quality with NOMS-approved prison mesh and the ability to manufacture gates and posts. Binns specialises in the prisons, utilities, construction, local authority and physical security sectors and is renowned for its Flexible Security Topping, a registered design that is currently the most secure topping system on the market. Zaun manufactures an extensive range of temporary, PAS68 and permanent high security perimeter protection systems at its UK factories, which it integrates with CCTV and PID systems, in the UK and from regional offices in France and Dubai. –