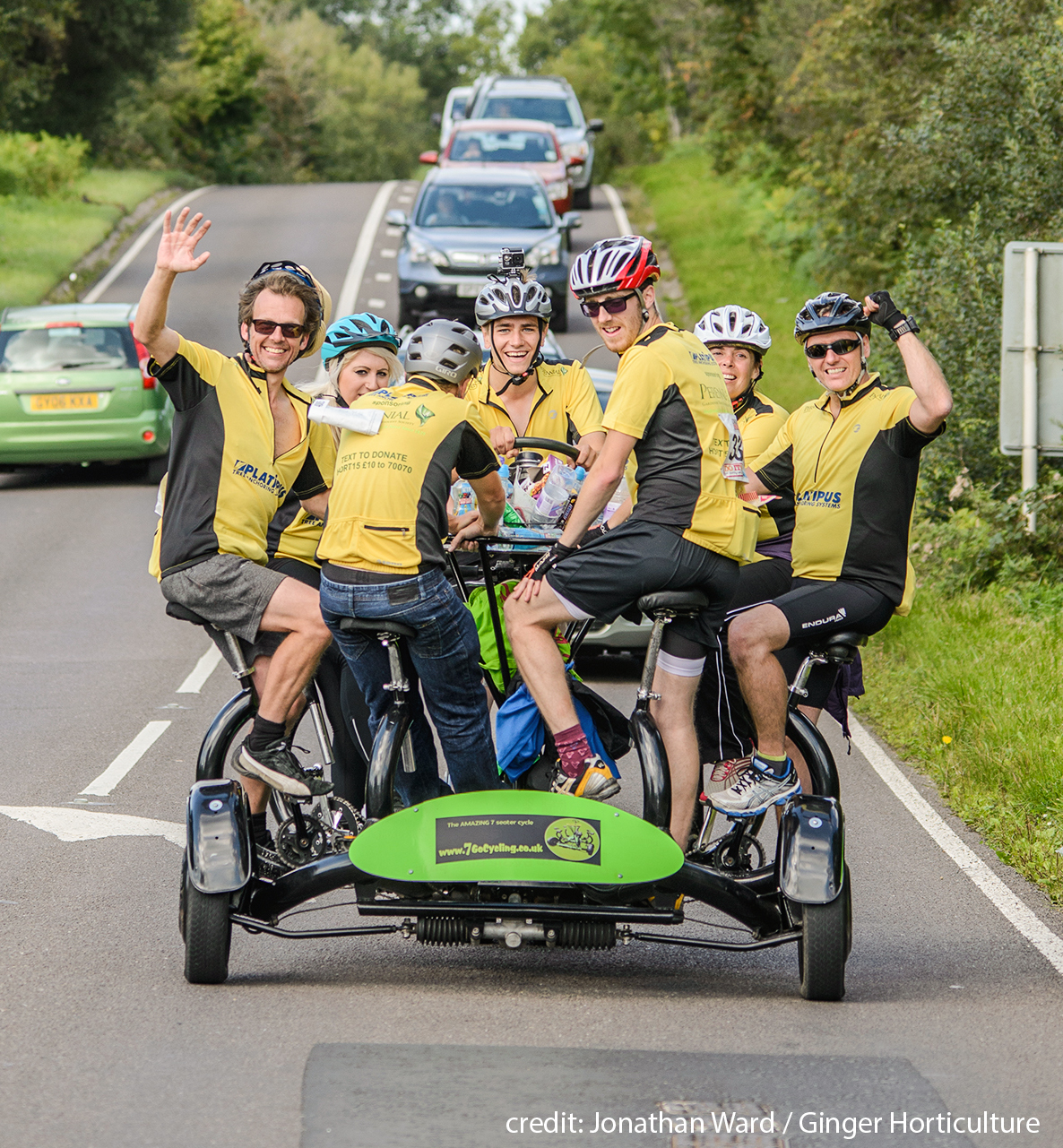 PLATIPUS AND PERENNIAL SUPPORTERS BREAK THE RECORD OF THE LONDON-BRIGHTON CYCLE RIDE ON A 7-SEATER CYCLE!

2014 was inspired by Platipus Graphic Designer Chris Matthews who ran the British 10k for Perennial, and 2015 proved to be even more challenging: Platipus Sales & Marketing Director, Darren Cavedaschi, along with 6 other supporters of the charity Perennial achieved a record breaking London – Brighton ride on a unique 7-seater cycle on Sunday 6th September.

The team started their epic journey from Clapham Common, at 6.30am and achieved an average speed of 5.5mph. In spite of the enormous effort needed to move this heavy cycle, the team managed to reach a top speed of 33mph triggering a speed camera in the process. We hope not to receive a photo and fine in the post… the team finally arrived in Brighton 10 hours later.

In addition to having a lot of fun and muscle pain the next day, the team raised £1,483 for the charity so far and this is still rising.

Darren Cavedaschi said “It was hard work but great fun. I’m already looking forward to participating in Perennial’s challenge next year, London – Paris in 3 days, on the same 7-Seater bike”.