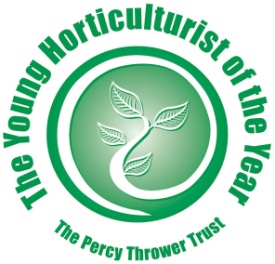 The Grand Final of the Chartered Institute of Horticulture Young Horticulturist of the Year (YHoY) is on Saturday 9 May at the National Trust’s Barrington Court, Somerset.

Over 1,800 young horticulturists from all over the UK and Ireland entered the prestigious competition this year, and the eight finalists, who have battled their way through both local heats and regional finals, will take part in a nail-biting and fiercely-fought competition, answering a wide range of horticultural questions to compete for the much sought after title and the £2,500 Percy Thrower Travel Bursary.

The Bursary is generously awarded by the Shropshire Horticultural Society and enables the competition winner to undertake a trip, anywhere in the world, to study a subject related to their chosen field of horticulture. Additionally, there are cash prizes for all finalists, as well as other prizes, totalling in excess of £13,000, for those who have taken part in the heats and the regional finals.

The finalists competing in the 2015 Young Horticulturist of the Year Grand Final are:

Previous YHoY winners have found that the status and prestige of winning has given them the confidence to further their careers beyond their wildest dreams and have used the bursary to travel as far afield as China and Borneo.

Chris Parsons, the 2014 YHoY winner said “The YHoY competition has been brilliant and over the last four years that I have entered I have met some excellent like-minded people from all over the country. The competition this year was exceptionally strong. The mountains of Vietnam and Taiwan both seem to be botanically very interesting and are places that I may visit with my travel bursary.”

Rosie Yeomans, Garden Consultant, Lecturer, Writer and Broadcaster said: “It’s exciting to know that as Question Master at the Young Horticulturist of the Year Grand Final I’ll be in front of the greatest young talent in horticulture. The future holds so many opportunities for them and best of all, no matter who wins, they’ve all chosen a winning career with the most job satisfaction.”

The Chartered Institute of Horticulture is grateful to our national sponsors of the 2015 competition:

The other National sponsors for the 2015 competition are the recruitment company MorePeople, the R&D levy body the Horticultural Development Company (HDC) and Wyevale Garden Centres. There are also many regional and local sponsors. 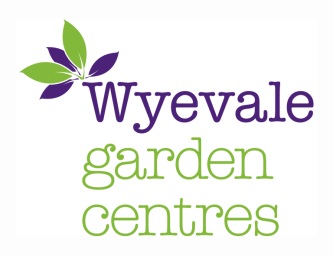 Thank you to Barrington Court (National Trust) – the host venue for the Grand Final on 9 May 2015.

Anyone interested in taking part in, or sponsoring, the 2016 competition should contact the Chartered Institute of Horticulture, email: cih@horticulture.org.uk