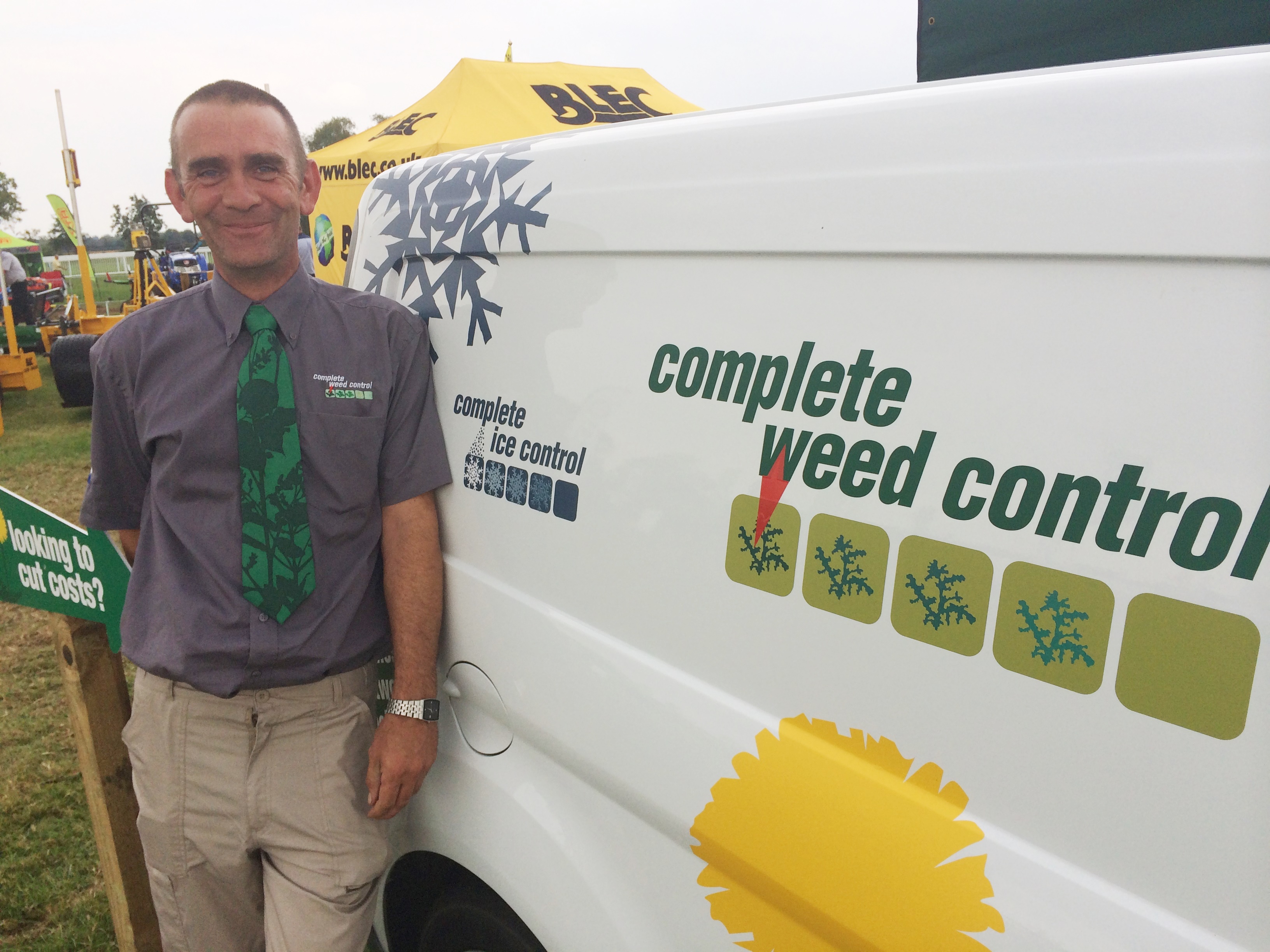 Complete Weed Control has announced that it has appointed Simon Akerman as its new Area Manager covering London South-East, London Central and London North East. Simon was promoted internally and is relishing the challenge of his new position.

Simon first started his career with CWC six years ago, working alongside Simon Catchpole – the franchisee for Kent. For three and a half years he learnt his trade using the Weed-IT machine as well as carrying out gritting during winter months.

Weed-IT is the most advanced application equipment currently available for weed control on pavements and hard surfaces. It is a computer controlled herbicide application system consisting of a shrouded spraying-head, mounted on the front of a purpose built articulated carrier vehicle. Within the shrouded head are sensor units which detect the presence of weeds and trigger the appropriate spray nozzles to apply accurately the correct amount of herbicide just to those weeds and their immediate surroundings. Weed-IT not only produces exceptionally high levels of weed control, but it significantly reduces herbicide usage and guarantees greater safety for the operator and the public alike.

Simon’s experience of using Weed-IT equipment helped land him his next role when he was approached by his now predecessor, Jon Bristow. Jon had recently acquired some large local authority work and needed an experienced Weed-IT driver to assist him. Simon accepted the position and spent the next three years working in his new London areas, which was the catalyst in his promotion.

“In May of this year I was approached by Jon Bristow and CWC Managing Director Ian Graham and was made aware that Jon was moving to Germany. They asked if I would be interested in taking over and managing Jon’s area. It was welcome news because I’d always wanted to improve my position within the company and had spoken to Ian about future opportunities on many occasions,” said Simon.

Simon then shadowed Jon for the final four weeks before his move to help prepare him for his new role. Alongside Jon’s mentoring, Simon believes the support he receives from head office has been instrumental in helping him settle into his new position.

“I’ve had fantastic support from everyone at head office. They do all of my paperwork, they are quick to solve any problems and are experts at dealing with customer queries – they really are fantastic. I’d also like to thank Simon Catchpole, and also Alan Abel (franchisee for South Wales); both of them have really helped me settle in.”

Simon is keen to do everything possible to ensure continued success in his area in the forthcoming years.

“Overall I feel I have settled into a very challenging role and my aim is to increase our business in the coming years. I’m looking forward to the challenge and the rewards that it will hopefully bring,” said Simon.