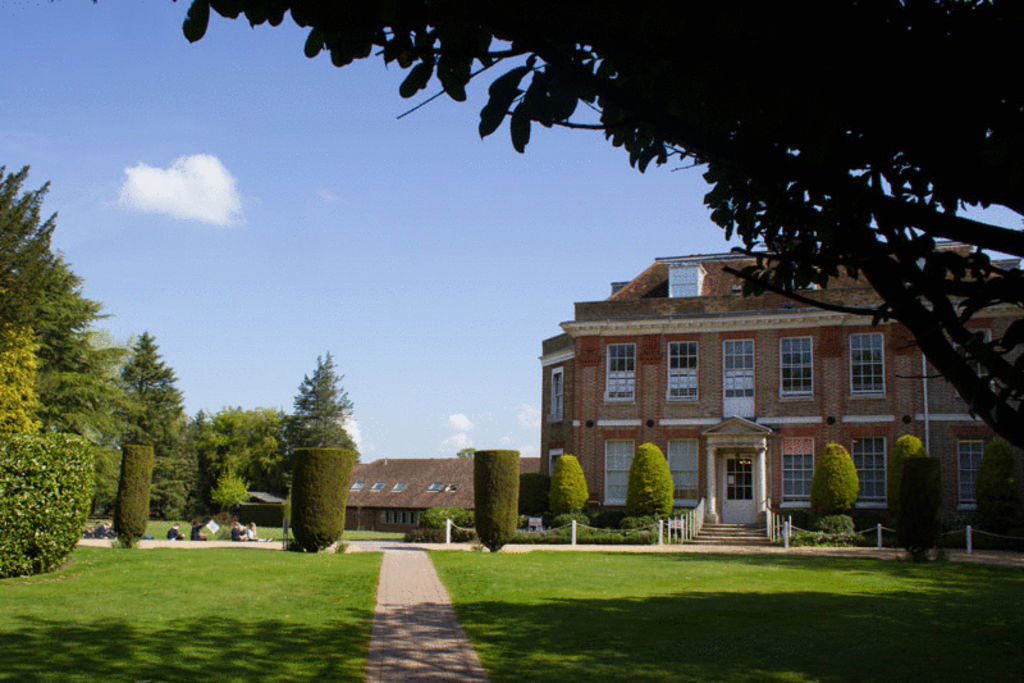 Now in their 20th year of trading, Weed Free are currently managing a significant contract at TASIS,

the American School in England based at Thorpe, Egham. In 2013, an initial full day’s consultancy with M.D. Mike Seaton and the Schools’ Estates Manager resulted in a full outdoor site survey being

undertaken. Mike’s recommendations were adopted following a general turf assessment which was carried out including soil sample analysis. The  initial programme of weed control commenced in April 2013. The contract was initially for weed control in different areas of the grounds. This has now become an on-going contract for Weed Free including multi applications of total weed killer.

The spring programme was preventative treatment aimed at halting the emergence of spring weeds. The initial stage of this programme was completed in 7 hours using 240 litres of solution via  knapsack. 5 days after the initial treatment, Weed Free returned with a hand-held sprayer and quad bike to supply and apply a selective herbicide. This included a slow release fertiliser which was applied to the amenity lawn areas. The same herbicide was applied to all the sports areas shortly

afterwards. The current programme includes a repeat weed control exercise on both the sportsgrounds and school lawns ahead of the Autumn term. There is also some re-instatement work

Paula Taylor is Grounds Supervisor at Tasis School. She commented “ After one year of working with Weed Free, we have seen a significant improvement to both our campus and sports grounds. The lawns and pitches are much ‘cleaner’ and healthier and the weeds on hard standing ground are virtually non-existent. In addition, Weed Free and Mike offer an excellent customer service in response to on-going queries and problems concerning the maintenance of our grounds.”