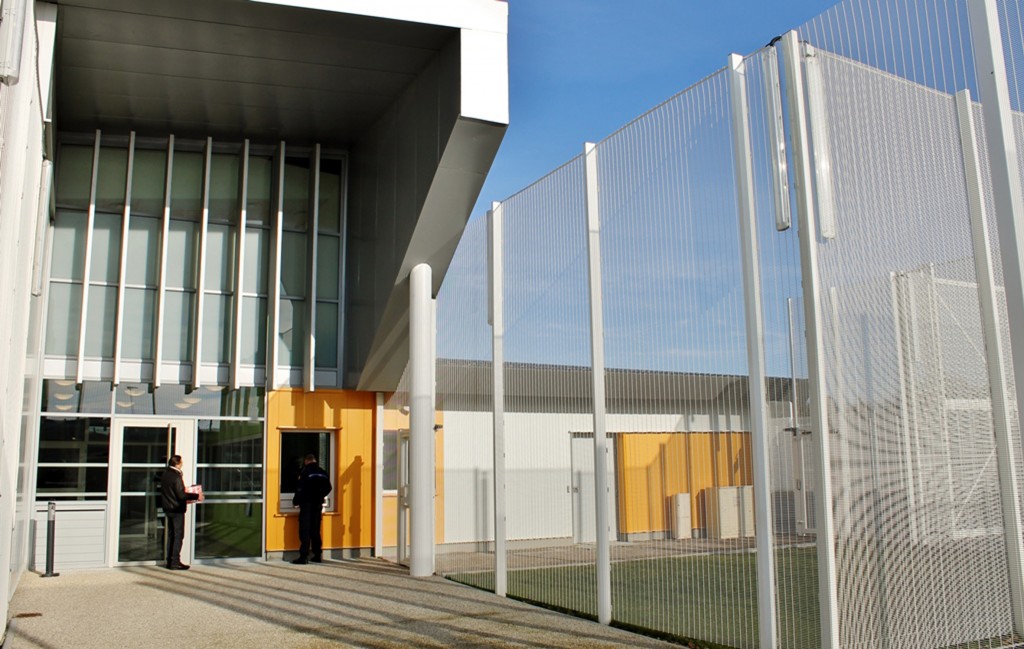 Zaun has exported its high-security fencing expertise across the Channel to secure a prison in the north of France. We supplied almost 1000m of our original HiSec security fencing with the popular ‘358’ welded mesh configuration to repel would-be intruders and keep residents secure within.The system attributes make it an excellent solution for high security applications, reflecting in its use by the Home Office for UK prisons.

But unusually for the Longuenesse prison in the Pas-de-Calais department in northern France, the fencing is powder-coated white. 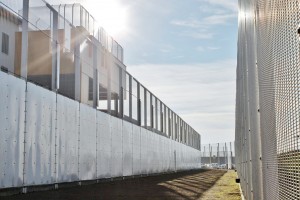 It gives the prison a more relaxed feel to comparable English institutions, an impression enhanced further by a MUGA and three rooftop exercise areas with ball court and angled fencing merged into the sloped roofing angles. We designed 6m high fencing with a crank on top clad by 1mm thick steel sheet cladding for the 215m of internal perimeters, then 450m of 5m high fencing beyond a five-metre ‘dead zone’ between the two fence lines. The internal fence line included a half-metre high 100mm thick concrete ‘kicker board’ sunk 250mm into the ground to prevent tunnelling. It all made for a highly unusual job for us, who worked on the €8.3m prison for 85 residents alongside leading French construction company Spie Batignolles, which boasts annual revenues of €1.8 billion.

HiSec’s close mesh pattern means that it is difficult to cut and almost impossible to climb.