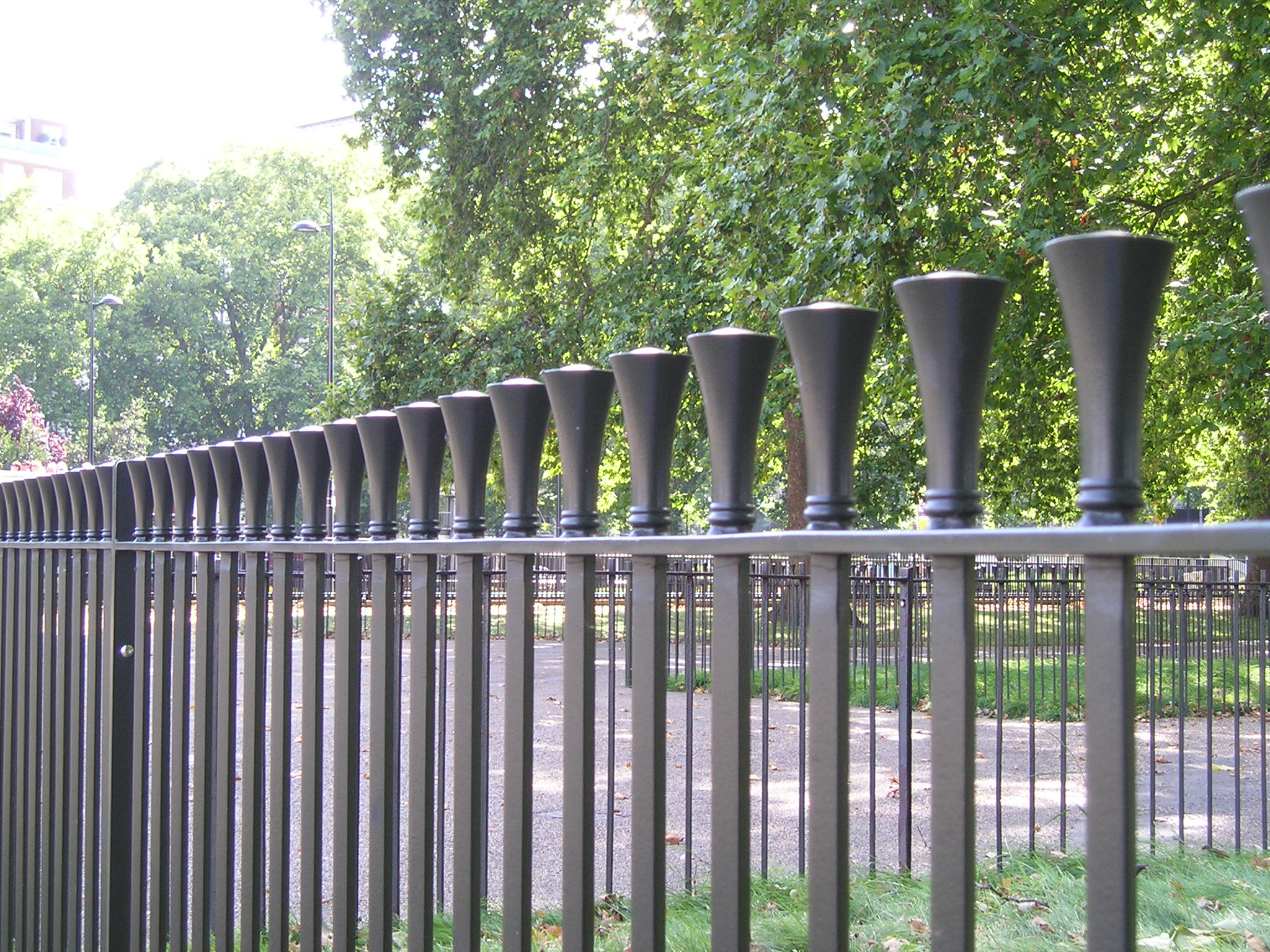 Speakers’ Corner is widely regarded as a cornerstone of democracy and free speech.  It is known across the world as a site for public speeches, protest and debate, with notable visitors including Karl Marx, William Morris, George Orwell, Marcus Garvey and Lord Soper.

The area is also an important entrance to Hyde Park and has been refurbished to ensure it continues to be a vibrant and welcoming spot for both speakers and visitors. Large trees have been introduced to help reduce noise from nearby traffic, as well as a ripple paving detail, bespoke railings supplied by metal railings and gates manufacturer Alpha Rail, increased planting and extended grass areas.

Commenting, Alpha Rail Sales Director Phil Ball said, “We are very proud to have supplied bespoke metalwork for the Hyde Park project and four other Royal Parks, including Richmond and Regents Park.”

He added, “In total, Alpha Rail has supplied over 780 metres of Westminster vertical bar metal railings,fitted with a bespoke finial in the shape of a megaphone and twelve gates for the Royal Parks Projects. Overall, the contract has been worth a significant sum.”

Alpha Rail were appointed on the project by Bowles & Wyer, a leading landscape and garden designer and contractor. Landscape architects, Burns + Nice were responsible for the design of The Royal Parks Projects.