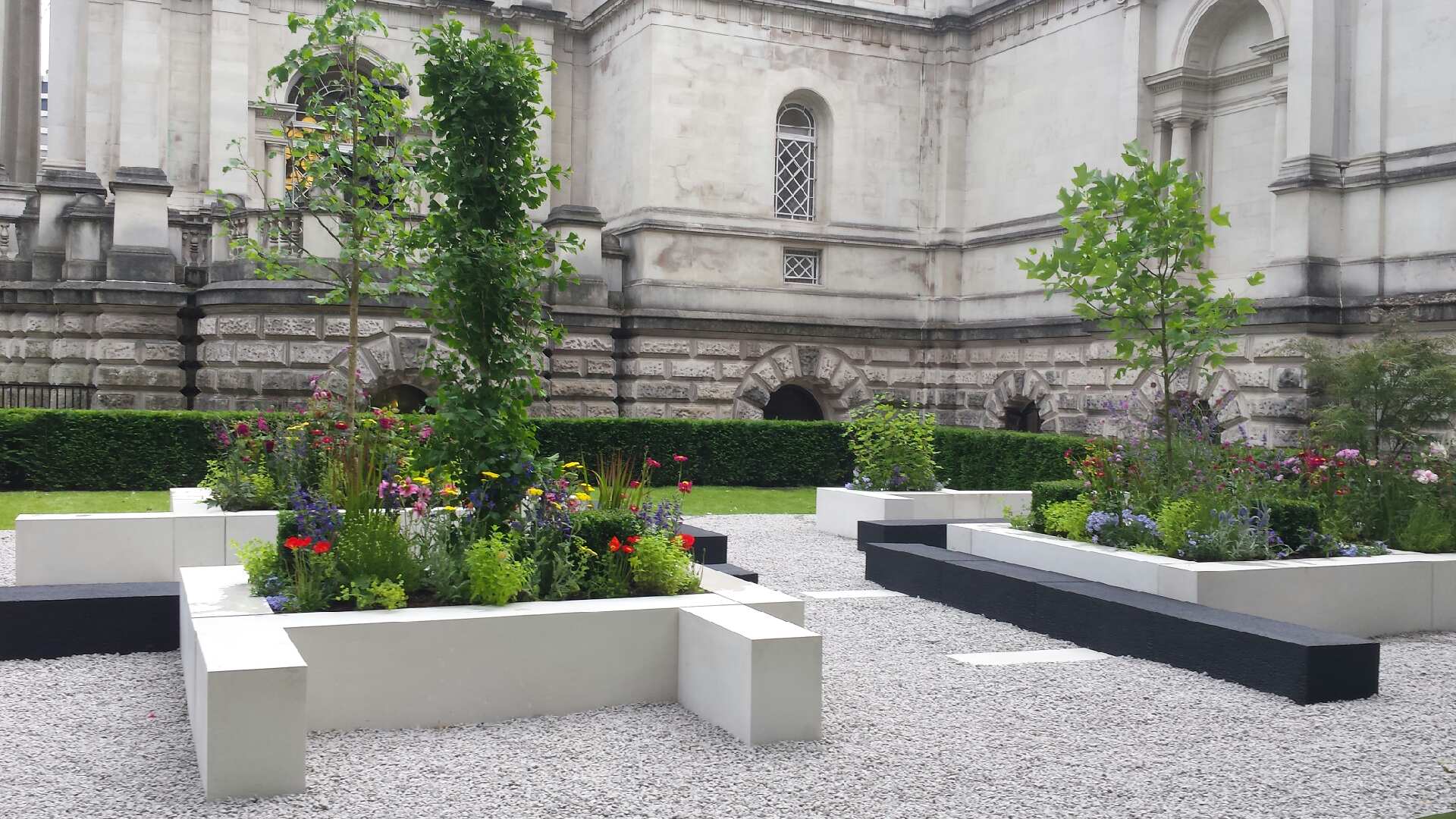 The Barbara Hepworth inspired Summer Garden, located at the front of Tate Britain, opened to the public on 24th June.

With five tonnes of Green-tree top soil and Mona Irrigation materials supplied free of charge by Green-tech, this is Tate Britain’s first ever garden installation and boasts bright, vibrant colours and scents. The Summer Garden, inspired by a Barbara Hepworth textile design, is free for visitors to explore and enjoy. The garden, which is positioned at the front of Tate Britain overlooking the Thames, reflects the bold lines and simplicity in Hepworth’s work.

Barbara Hepworth was a British sculptor, who was born in Wakefield, Yorkshire in 1903 and studied at Leeds school of Art. She was a leading figure in the international art scene throughout a career spanning five decades. Her Yorkshire roots remained important to Hepworth and she spoke frequently of the effect her surroundings had on her formative years before her death in 1975.

It was important to the designers to recognise and celebrate Hepworth’s roots and they approached Green-tech to supply topsoil that is manufactured in Yorkshire.

“We were delighted to be involved in this project and take a little piece of Yorkshire to Tate Britain.  Knowing how important Yorkshire was to Barbara Hepworth makes the topsoil even more integral to this garden.”

Green-tech also supplied the Mona irrigation systems to guarantee the success of the planting.  The Mona irrigation units are filled with water, on average, every six weeks, they then deliver water directly to the roots at a consistent level through the process of capillary action, thus ensuring the efficient use of environmental commodities and reducing waste, another principle close to the heart of Hepworth.

The Barbara Hepworth inspired Summer Garden, will be at Tate Britain’s café lawn, until 2nd September, at which time it will be donated back to the residents of Vauxhall and be permanently relocated in the recently renovated Pocket Park Piazza where it will be maintained by award winning social enterprise group, ‘Streetscape’ who offer apprenticeships to long term unemployed 18-25 year olds.