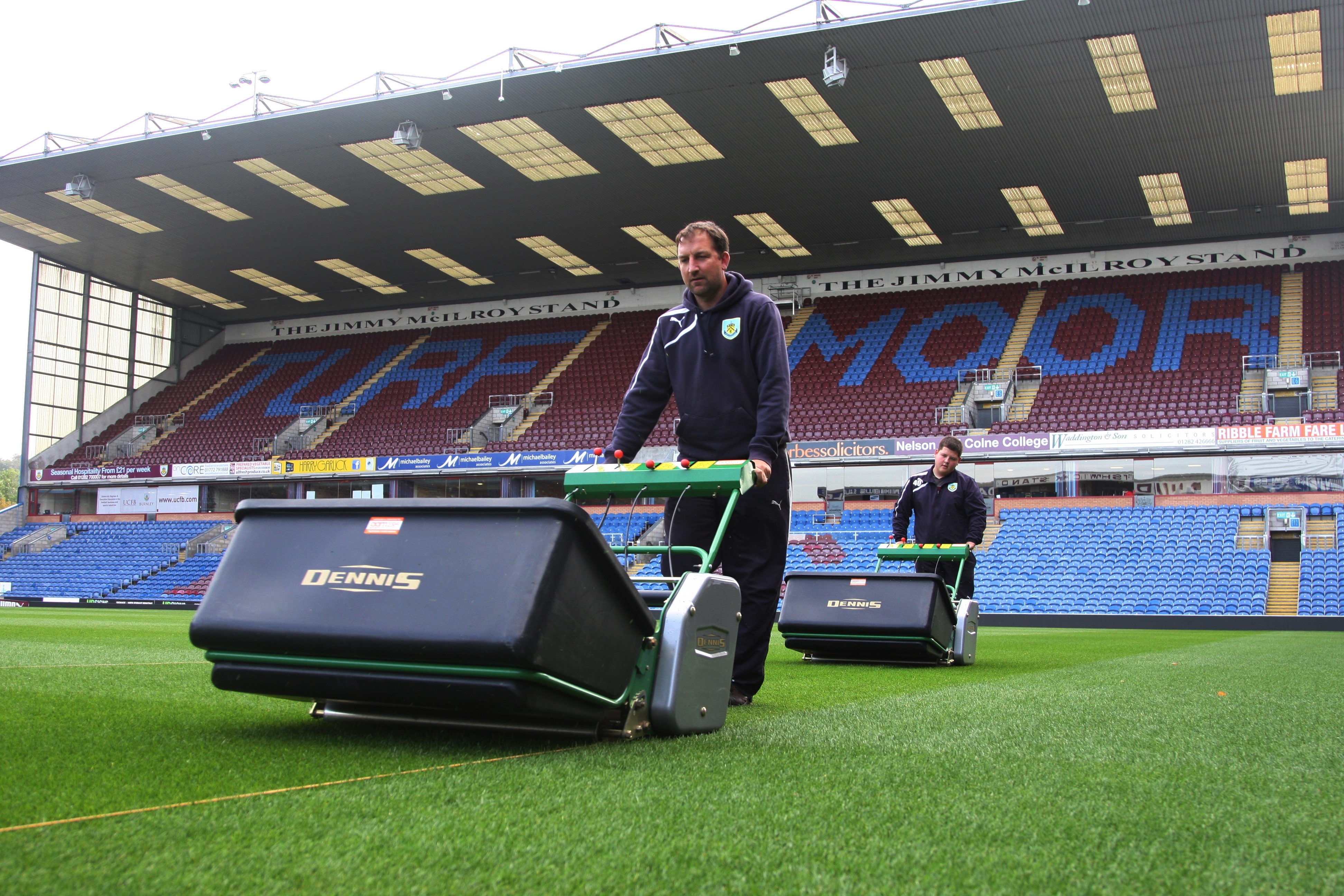 Dennis ‘The Only Choice’ For Burnley F.C

Burnley F.C reached the highest tier in English football at the start of this season after being promoted to the Barclay’s Premier League. Now rubbing shoulders with some of the finest teams in the country, the club has turned to Dennis to help keep the pitch in pristine condition.Head Groundsman at Turf Moor, Paul Bradshaw, maintains the pitch with the help of two Dennis G860 professional mowers complete with a range of interchangeable cassettes which have recently been purchased from his local dealer GGM Groundscare.

Burnley F.C is just the latest top flight club to purchase the British manufactured mower. With a number of unique features and benefits, it is easy to see why the G860 is being selected as the number one mower by football’s elite.

The Dennis G860 has eleven quick changeover cassette options giving ultimate flexibility and a single power unit for many day-to-day maintenance tasks. It also features a large diameter front roller with an adjustable scraper which has been designed for a precise height of cut control, giving an excellent finish on every occasion.

Paul is no stranger to this machine. Prior to his role at Burnley, Paul plied his trade at Liverpool FC. It was there where he had his first encounter with the G860.

“I’ve used the Dennis G860 ever since I’ve been in football. At Liverpool they used Dennis machinery so during my time there I became really familiar with them. Then, when I started at Burnley we had a very old one with a six blade cutting cassette. I was already used to how they work, how to set them up – they are really lightweight and easy to handle.

“When we got promoted this season we decided to buy two new G860’s only this time we opted for the eight blade cutting cassette,” said Paul.

Burnley’s recent promotion is their second taste of premiership football. Five years ago, following relegation, a new Desso pitch was installed and Paul believes that the previous surface caused so many problems that it played a part in the club’s poor string of results.

Paul is keen to eliminate any such problems this season and on each match day, Paul and his team arrive at the stadium to cut it both ways to a cutting height of 25mm. It is then marked out and prepared by 11:30. It will be kept at this height until the leaf starts to ‘thin out’ and the height will be lifted slightly but timed well so that the players won’t notice any difference. The verti-cutter cassette is also used to clean up after games during March to November whilst the brush is used only occasionally during the winter.

“The best feature on the mower is its interchangeable cassettes – it just makes everything so easy. We wanted a mower that wasn’t just a mower and it’s great to have a machine that’s so versatile. The G860’s were at the top of my wish list and I wasn’t even considering anything else. The team are already familiar with them and it was just the natural choice,” said Paul. 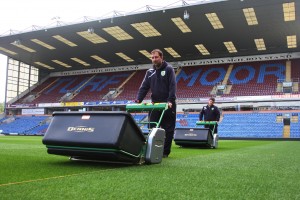 For further information or a no obligation demonstration, please contact Dennis 01332 824 777 or visit www.dennisuk.com