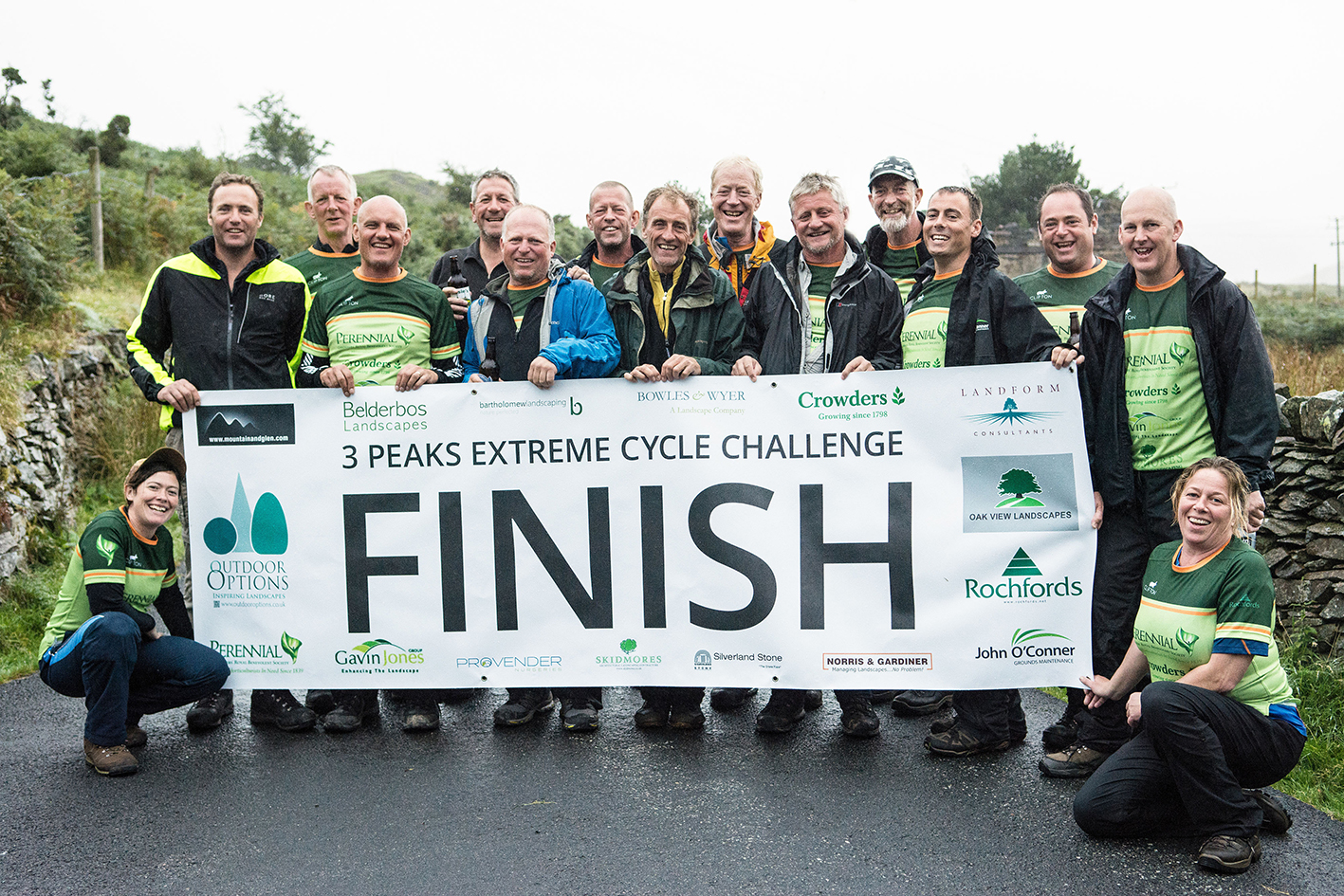 Charity Champions and Ambassador announced at the Party for Perennial

Over 300 people from across the horticulture industry will gather at The Roof Gardens in Kensington for the inaugural Party for Perennial this evening (Thursday 15th January 2015). As part of the celebrations, the charity will launch the Perennial Champion Awards and its new Perennial Ambassador scheme.

The Perennial Champion Awards are being introduced to recognise those who have gone above and beyond in their efforts for Perennial, whether through fundraising or offering other types of support. The awards will be presented at the party by Rachel de Thame to winners that include: the Grubby Gardeners fundraising team who starred in the Perennial Naked Gardeners Calendar; George Kestell who has coordinated volunteers and fundraising for Perennial in Cornwall for nearly 15 years; and several industry stalwarts such as Hardy’s Cottage Garden Plants, Majestic Trees and Coblands Nurseries who provided invaluable help in creating Perennial’s 175th anniversary exhibit at the RHS Chelsea Flower Show 2014.

Mark Gregory of award-winning Landform Consultants is set to become the first official Perennial Ambassador and will help promote the UK’s only charity dedicated to supporting all horticulturists in times of need. As a twenty-time Gold Medal winner at RHS Chelsea Flower Show and Director of the HTA, Mark is active across the horticulture and landscaping industries and exceptionally well placed to lend his support to the charity.

The Party for Perennial revives the tradition of an annual fundraising event, which was one of the earliest customs of the Gardeners’ Royal Benevolent Society. In those days the annual dinner was the organisation’s main source of income, but it was cancelled 100 years ago due to the outbreak of the First World War.

The Party for Perennial promises to be a spectacular evening filled with fine food, music and entertainment. The focus is on fun, bringing together people from across horticulture’s varied sectors during one of the quieter times of the year, but with strong ticket sales and fundraising taking place on the night through a raffle and auction, the event will be important in kick-starting Perennial’s 2015 fundraising campaign.

Anita Bates, Director of Marketing and Development at Perennial, said; “We are delighted that so many people have got behind the event and bought tickets, we are sure it is going to be a great night.  It is fabulous to see the growing support from people across the industry for their trade charity – particular thanks go to our generous sponsors. Judging by the success of tonight’s event, we are planning to establish it as an annual fixture once more.”

All funds raised will help support UK horticulturists, retired and of working age, and their families, who come to Perennial for help.  As the only charity that supports all UK horticulturists, Perennial makes a massive difference to people’s lives and the industry as a whole. The charity offers a wide range of advisory and financial help for problems ranging from debt, bereavement, injury or illness.

The Party for Perennial takes place on 15 January 2015 from 7.30pm. For those who have not booked in advance, tickets are priced £45 and will be available on the door. Guests will be greeted with a complimentary glass of champagne followed by buffet-style bowl food, prepared by the award winning Roof Gardens team. Each guest will be invited to complete a Perennial Pledge Leaf in exchange for another complimentary drink at the bar.

Guests will enjoy live music from world class musicians Simon Bates and Harry the Piano, who will be joined by Fay Presto, one of the Magic Circle’s most famous entertainers for a unique cabaret show and incredible close-up magic. A raffle and auction will take place during the evening with fantastic prizes generously donated including a week’s stay at Chateau de Rochebonne, three nights accommodation at the Kasbah Tamadot near Marrakech, and a luxury stay at Hever Castle.

The Party for Perennial 2015 is sponsored by ProLandscaper, CED Natural Stone, Bulrush Horticulture, Green-Tech, Bulldog Tools, Everris and the HTA.

The Party for Perennial media partner is Horticulture Weekmagazine.

For further information and a full list of auction and raffle prizes, visit www.perennial.org.uk/party