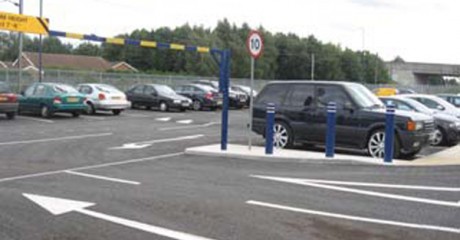 Building and civil engineering contractor, Britcon has completed a £1.2 million project to install a new scheme to ease traffic flows at one of the busiest highway routes in Beverley, East Yorkshire.

Britcon was awarded the contract under the YORBuild Framework covering the Yorkshire & Humber regions. Paul Clarkson, Managing Director at Britcon said, “This was an intensive project given that we had to complete upgrades to the busy road in just six months. It was much more complex than a simple resurfacing job and included major improvements to traffic control and public access.”

Drainage has also been improved along the length of the road to address the problem of persistent flooding on Swinemoor Lane at times of heavy rainfall.

To benefit local residents, special resurfacing materials were used to reduce the tyre noise of traffic, while overgrown trees and hedgerows, which obstructed some of the footpaths have been removed and replaced by newly planted ones.

The work was carried out by Britcon as part of the council’s Beverley Integrated Traffic Plan, to coincide with last month’s opening of Minster Way – the Beverley Southern Relief Road.

Dave Waudby, head of infrastructure and facilities at East Riding of Yorkshire Council, said: “The work by Britcon has made great improvements to the highway and pathways along Swinemoor Lane. It has addressed the majority of issues raised by residents, motorists, pedestrians, cyclists and businesses, especially with regards drainage and congestion.”