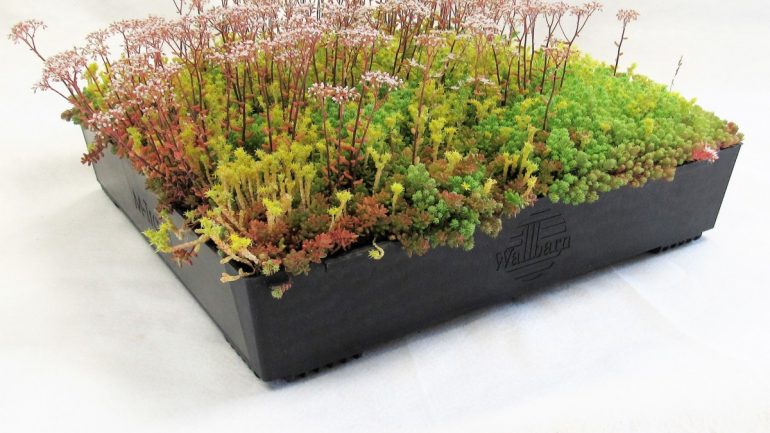 An award-winning green roof system is proving that greening urban areas can be straight-forward, quick and easy while remaining versatile to future changes of use or design.

Wallbarn’s M-Tray modular living roof system has been specified for a wide range of projects, from domestic to commercial, leisure to hospitality – and even bus stops in Leicester, where the city council has developed the UK’s largest network of bus shelters with living roofs. 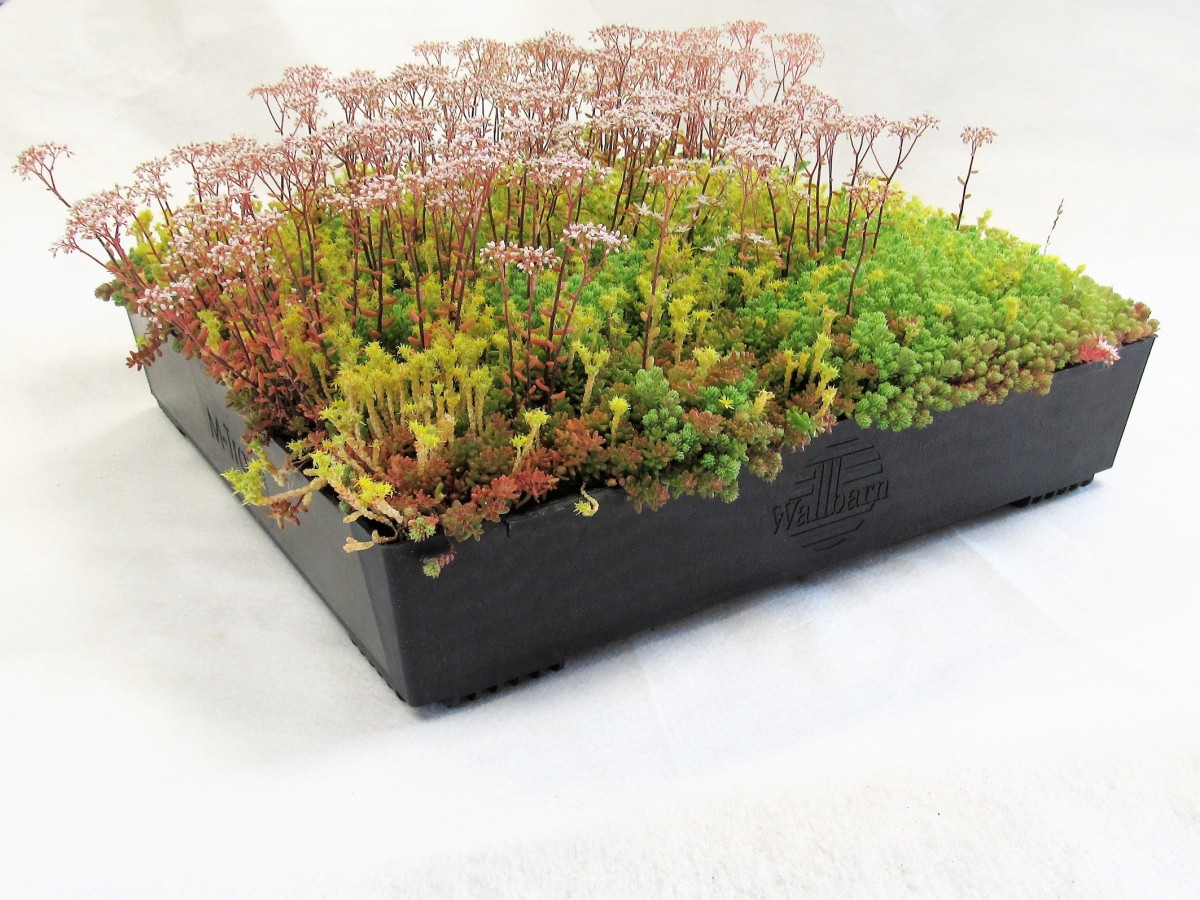 The initiative, delivered in conjunction with out-of-home advertising and infrastructure company Clear Channel UK, has seen 30 new ‘green’ bus stops installed on thoroughfares Humberstone Gate and Charles Street. Affectionally nicknamed ‘bee bus stops’, the shelters deliver a boost to biodiversity and demonstrate how local authorities can take the lead in retro greening urban landscapes. The project was a finalist in the Edie Sustainability Leaders Awards.

Another ambitious M-Tray installation has taken place in Milton Keynes, where the prefabricated modular system was installed temporarily on council offices before being moved to top-off the city’s new £18 million YMCA building, where landscaping specialists Bridgman & Bridgman have created an inspirational project demonstrating the benefits of retro greening urban landscapes for biodiversity, carbon capture and food production.

Julian Thurbin, Wallbarn Director, described Milton Keynes as the ‘perfect project’ for M-Tray because of its pre-fabricated, modular nature that allowed it to be laid and lifted with ease. 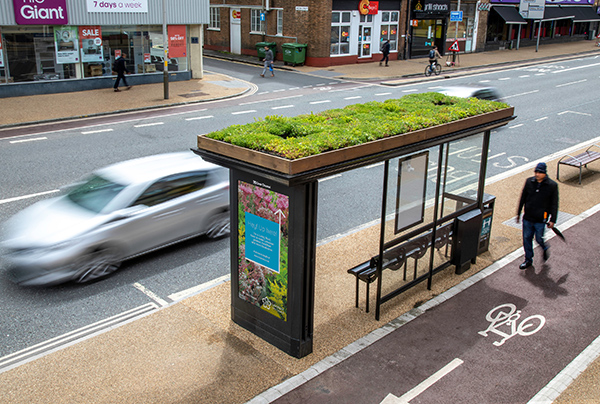 Because M-Tray is modular (all elements of a traditional green roof are contained within its 500cm x 500cm pre-planted trays) it is clean, quick and easy to install and equally straight-forward to remove individual trays if access to the deck below is required.

Furthermore, each M-Tray is supplied to site with fully established sedum or wildflower plants grown for some 12 months at Wallbarn’s nursery in Hampshire, giving peace of mind that the roof will flourish once installed.

Green roofs are an integral part of the Urban Green Factor (UGF), a policy introduced as part of the London Plan to evaluate the merits of green infrastructure, which can bring a raft of benefits to city and town centre locations, enhancing the environment and the health/well-being of workers and residents. It is particularly suited as it can so easily be retro-fitted onto existing public infrastructure.

Air quality: sedum and other green roof plants absorb soot and other pollutant particles which helps to improve air quality. They can also reduce the ambient temperature. 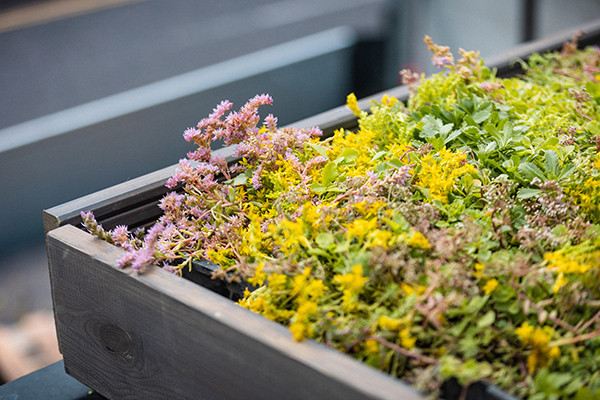 Micro biodiversity: green roofs can replace habitats lost as a result of urban development, replicating what was at ground level to roof level, encouraging a range of insects, birds and other wildlife.

Macro biodiversity: they can be used to create ‘green bridges’ or ‘bee corridors’ through the built environment. This helps with the aesthetics of the area and allows the natural flow of flora and fauna through urban developments.

Acoustic performance: an extensive green roof can insulate up to 40dB and an intensive green roof up to 50dB. This reduction in transfer of noise can make a noticeable difference in highly dense urban environments. 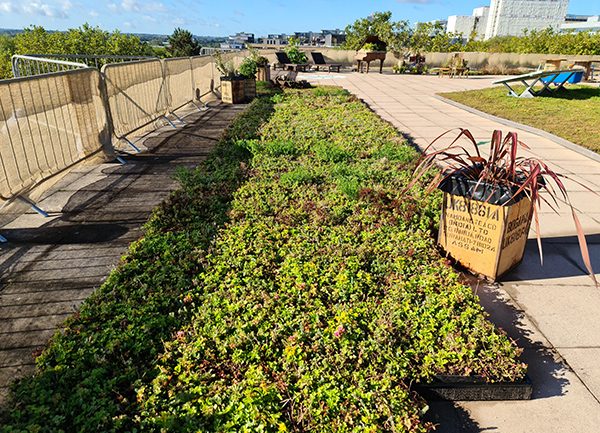 Amenity and well-being: green roofs have a positive visual impact and can provide valuable outdoor recreational areas. They have also been shown to improve people’s mental health. 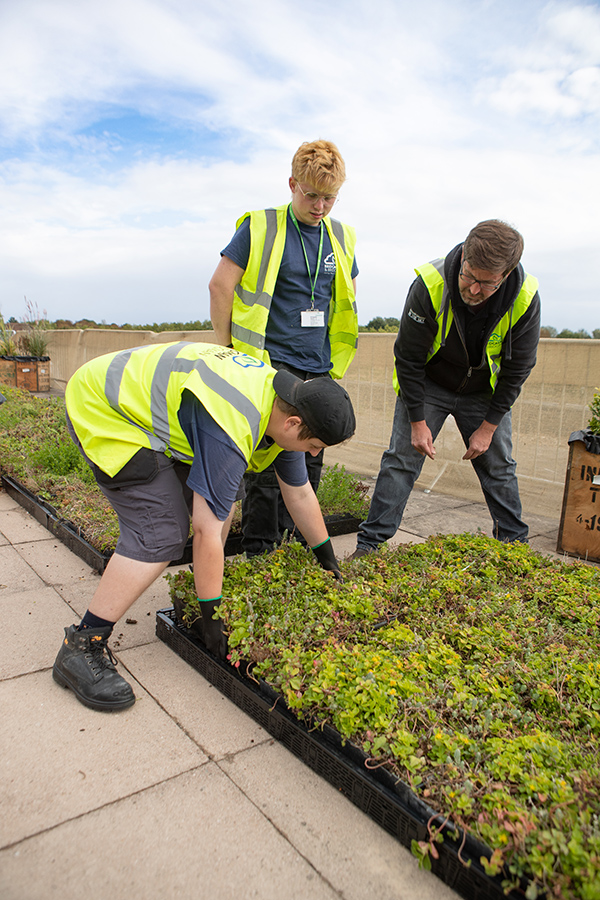 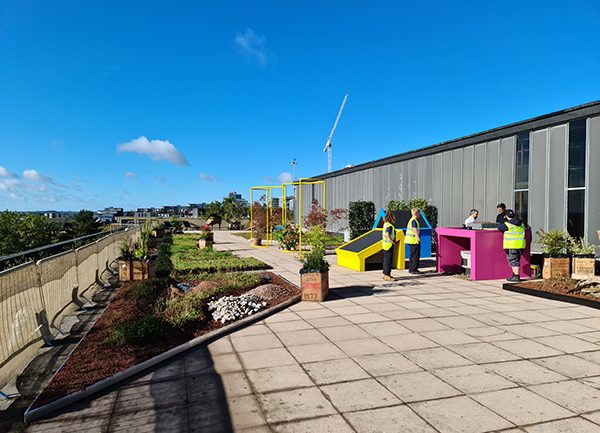