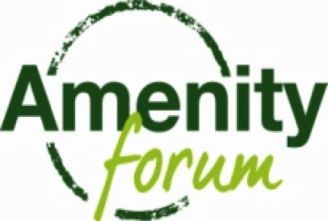 The UK’s amenity sector body for all matters concerning weed, pest and disease control, the Amenity Forum, has responded robustly after it was reported in the national press at the weekend that the Government had conceded defeat in the battle against Japanese Knotweed.

Environment minister, George Eustice was quoted as saying there were “no plans to attempt a national eradication” because of the “prohibitively expensive” £1.5 billion cost attached to eliminating it, due to its widespread distribution.

Today, Professor John Moverley, independent chair of the Amenity Forum, which encourages an integrated approach and promotes best practice in the amenity sector, suggested that the coverage of the announcement may prove “unhelpful”, fearing it could cause further, unnecessary alarm amongst home owners and the general public.

He commented: “Japanese Knotweed does come with a fearful reputation and, given the damage it can cause and the inconvenience and cost it can incur, this is not without some substance.

However, despite what might be implied from the recent coverage, it can still be effectively managed in a controlled manner and without prohibitive cost, providing there is early identification of the problem and the work is carried out by competent and professional treatment specialists.

The Amenity Forum and its members has campaigned hard to raise awareness of the Japanese Knotweed problem and, more importantly, promote the importance of robust, pre-planned treatment programmes delivered by recognised industry professionals.

John Moverley continued: “We’re concerned that recent reports in the media about Japanese Knotweed and other invasives such as Giant Hogweed can overshadow the work being undertaken by professionals in this field and who have achieved

significant success in the fight against the plants. The battle has not been lost and the last thing we want to see is land owners doing nothing because they feel they don’t have an effective control method available to them.”

Further information on Forum matters can be obtained by contacting Alan Speeding at Alan.Spedding@amenityforum.net or accessing the website at www.amenityforum.co.uk